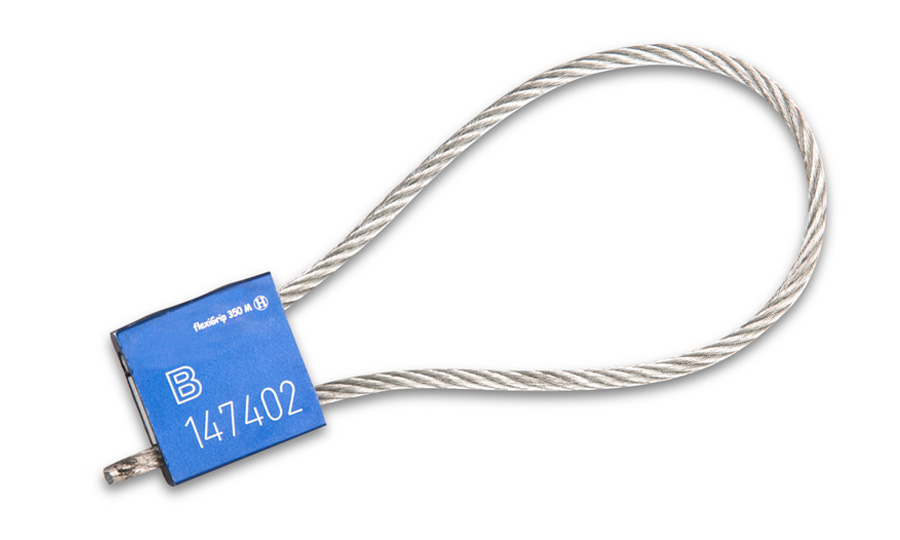 The quantity, options and input values you have selected are automatically transmitted with your request.

The high security pull-up seal FlexiGrip 350 M can be used in a variety of ways. In particular, it is used to secure sea containers, box trucks, rail wagons, intermodel and other large transport containers.

The locking mechanism of this pull-through seal is located in a colored anodized aluminum body. To close the FlexiGrip 350 M, the sealing wire is pushed through the opening provided in the seal body and thus forms a loop that is variable in the pulling direction. This must always be tightened when applying the seal.

The standard version of the FlexiGrip 350 M has a letter with a 6-digit consecutive numbering on the seal body. Individualization with your own barcode, a special sequence of numbers, a logo or a text of up to 15 characters is possible (see "Customised" tab). An individual colour and cable length can also be requested.

The seal is removed with cable shears or a cable cutter. When the FlexiGrip 350 M is cut, the ends of the sealing cable spread so that it can no longer be pushed into the opening of the seal body (NPC wire). This is an addional security feature.

The identical customs version FlexiGrip 350 M Customs seal has passed the strict specifications and tests on the part of the Customs authorities for a “special lock” - a quality mark that speaks for the high quality of this seal.

Back to: Security Seals 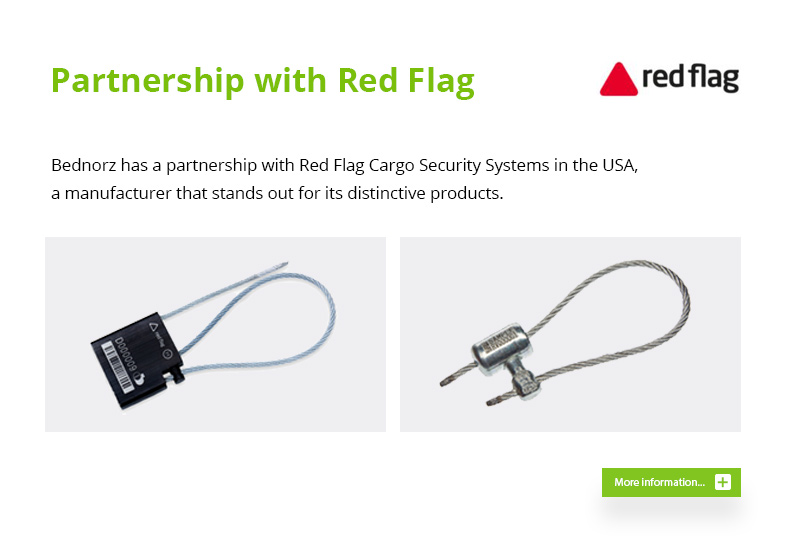