Bednorz – 50 years of tradition and innovation

Any successful business relationship is based on trust and personal service, all the more so when dealing with the secure locking and effective sealing of products, as well as goods in transit or storage.

Bednorz GmbH has been producing reliable, technically advanced, high quality solutions in this field for two generations. With both our product lines – seals and industrial fasteners – we serve a broad range of clients, from small to large businesses. We offer a personalised, individual service, and listen to the wishes and needs of our customers to find the product that is right for them.

Alongside close relationships with our customers and suppliers, the wellbeing of our staff is important to us, as they are the bedrock of our company’s success. Our international team is made up of experienced and qualified people with a wide range of expertise, many of whom have been working with us for a long time.

Together, we gained DIN EN ISO 9001 certification in 2010, and since then we have been independently certified and recognised as conforming to European standards. Over the past 50 years, through the commitment and loyalty of its employees, Bednorz has grown into a strong and globally active business.

In the beginning: making industrial fasteners

Our company started to develop and make industrial fasteners in 1968. Over the following years, what began in the family garage became a complex manufacturing operation, for which a dedicated factory was built near Frankfurt Airport. The locks that we produce meet the highest standards of security and reliability, and are designed with a great deal of attention to functional detail. We can also manufacture bespoke designs to customer requirements.

Over the years, we have continuously expanded our range of locks, complementing them with products that fulfil high aesthetic expectations, such as in the furniture making industry. Our customers come from the automotive industry as well as the electrical and mechanical engineering sectors. We supply wind turbine and solar panel manufacturers, but also a wide variety of small craft and trade businesses.

The next stage: the distribution of seals

Shortly after we established production of our industrial fasteners, contact was made with the US company Tyden, which was looking for a German distributor for its metal strap seal. The resulting contract between Tyden and Bednorz opened up a new and lasting field of business for our company. Today, this seal is the German customs seal, and we are its authorised distributor.

Since then, we have continuously adapted to the extensive and complex developments of the seals market, and steadily expanded our range with many types of metal strap, wire, plastic and bolt seal, as well as security labels. As international trade continues to grow, so do the risks associated with shipping goods. This has led to an increased demand for securing and controlling items during transit. For our customers, it is important to prevent goods and freight from being tampered with, and to avoid losses in their domestic and international supply chains.

To satisfy the needs of our customers, we have drawn upon our many years of experience to develop a new metal strap seal. Introduced to the international market in 2014, the "Bednorz-Seal" sets new security standards against manipulation. The structurally identical customs version – meeting the German Customs labelling requirements – was officially approved on 1 March 2017 by the German Customs as the very first Customs seal to be used across the entire European Customs Union.

For our customers – quality control and optimisation

Since 2010, Bednorz has implemented a quality management system for the production and distribution of industrial fasteners and security seals which meets the European Standard of DIN EN ISO 9001.

Regular and impartial audits by the nationally and internationally accredited certification body ZDH-ZERT GmbH help us to continually optimise our business processes and build our customers’ trust. 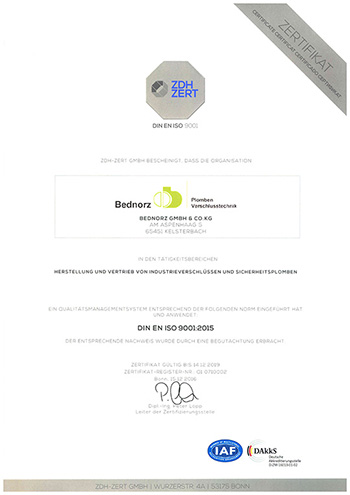 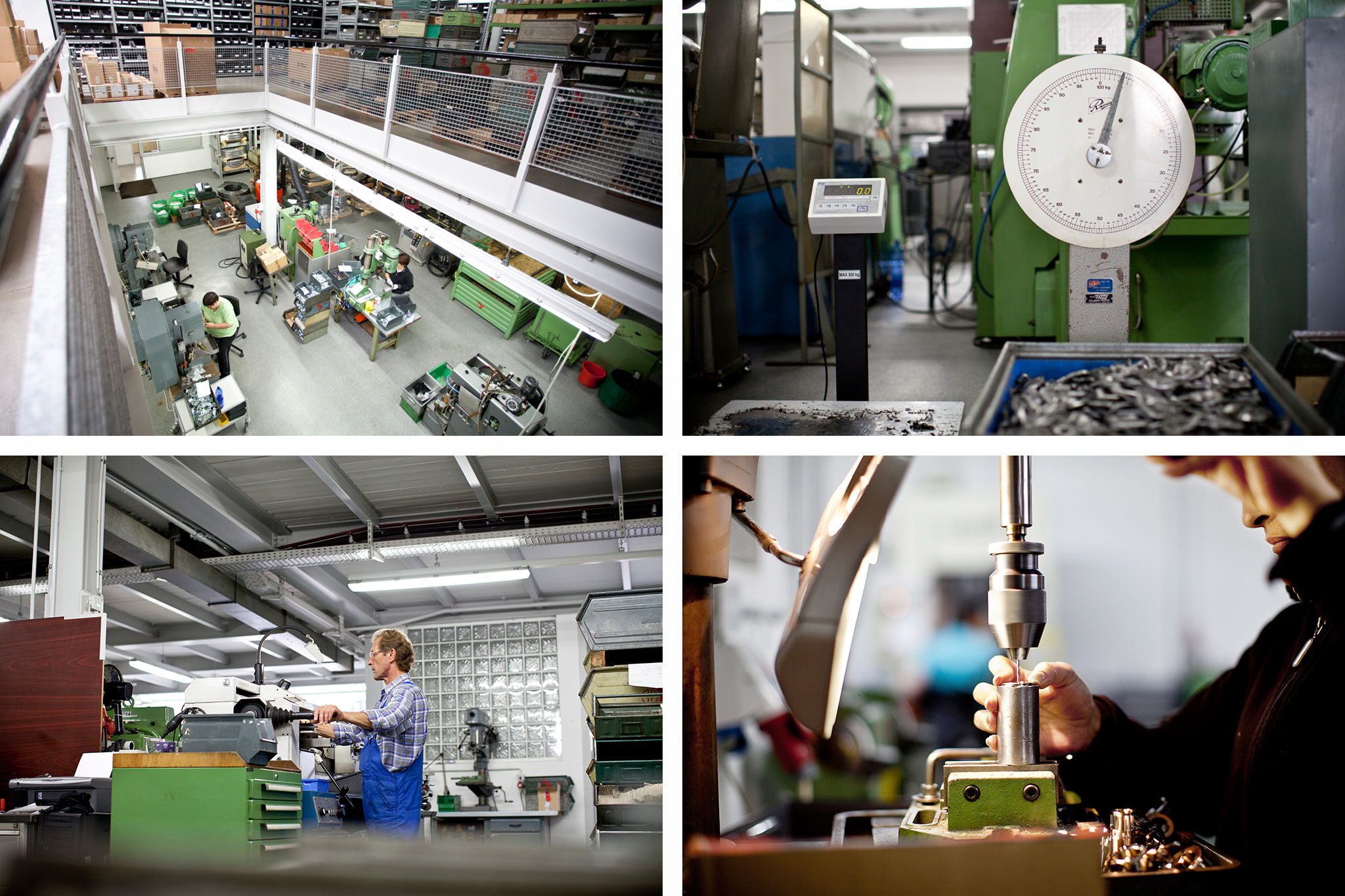